If you consider the definition of "Tribute" as being an acknowledgment of respect and admiration, you can understand what has driven Turnstiles' band leader Tony Monaco to form "Turnstiles". As a young man, Tony became an inspired, lifelong fan of the Piano Man and he used that inspiration to grow as a pianist, vocalist, and songwriter. As a result, Billy's style has been forever imprinted on his musical soul, much like that of Ray Charles and many others have been imprinted on that of Billy Joel.

After years of performing with various original projects and cover bands, Tony decided to form "Stormfront", his first Billy Joel tribute back in 1993. While Stormfront played to critical acclaim in the New York Area, their career was cut short when Tony decided to relocate to South Florida. Now, some 15 years later, Tony decided to enlist some of the finest musicians in South Florida to join with him to once again pay tribute to the man he has so much respect and admiration for, Billy Joel. Never intending to be an impersonator, his focus instead is simply on the music and delivering a faithful and completely live Billy Joel experience to share with others. Turnstiles' renditions of Billy's classic songs are certain to move the casual listener as well as the hard core "Joel fan" to their feet and have them singing along with all the classics! Now, at 5 years into their journey, Turnstiles has performed for 100's of thousands of fellow Billy Joel fans, leaving them overjoyed and screaming for more! ...and the best is yet to come as Turnstiles continues to spread the joy that only the timeless, classic music of Billy Joel can bring! 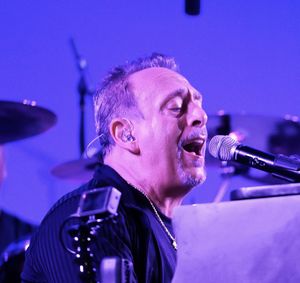 Tony was born into a musical family and began his musical journey at the age of 8. While he was fascinated with the piano, the guitar was a more realistic financial option. As a result, Tony studied guitar with his Father, Pat Monaco, and played it as his main instrument until the age of 13, winning both regional and national guitar competitions.

Over the years, his love for keyboards was rekindled when he fell in love with the Hammond organ which eventually led him back to his first love, the piano. He studied piano with many private teachers but credits Dave Frank (world renowned jazz pianist) for really focusing his efforts. As a result, many of his influences were jazz artists. However, when a close friend suggested he listen to more artists like Billy Joel, he reluctantly did so and to his surprise, he became enamored with the genius of Billy Joel. Billy’s piano style was one that Tony not only found inspiring, but also easier to relate what he learned from emulating Billy’s licks and listening to his lyrics to his efforts as an aspiring singer-songwriter with his own band, Thrills (As a member of Thrills, Tony did extensive recording and touring, opening for bands such as Foreigner, Quarterflash, Nick Lowe, Juice Newton, and Orleans). In the years following, Tony played with many of Long Island’s top bands and then in 1993, he formed what he believes was one of the first tributes to the piano man, “Stormfront”, which earned him an audition for the traveling production of the Broadway show, “Movin’ Out”.

Now residing in South Florida, Tony has decided to once again pay tribute to the music and man that has been such an influence in his musical life. In addition, with the formation of “Turnstiles”, he has been reunited with his life long friend and former band mate from Thrills, Dave Fullerton. Dave along with both new and old friends has now joined forces with Tony to bring this band to life for all Billy Joel fans to enjoy! 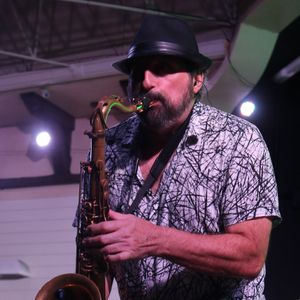 Ron studied music at the University of Miami playing in jazz and concert bands as well as classical ensembles & groups. He started his professional career in 1974 as a multi-instrumentalist (Alto, Tenor and Soprano saxes, flute and clarinet). Since then, he has played for and performed with such stars as "The Temptations" Bing Crosby, Steve Lawrence, Edie Gorme, Hal Linden, Joan Rivers, Mitzi Gaynor, Julio Iglesias, and many more. By the 1980's he backed up Desi Arnaz, and jazz giants Ira Sullivan, Joe Diorio and Eddie Daniels. From 1981-84 Ron went on a 'sold out' concert tour's all around the World with "El Puma".

In 1980, Ron opened a recording studio in South Florida (Star Track Recording). Having recorded countless talented musicians over a 20 year span, he has been able to use his experience and knowledge and apply it to his first solo jazz cd, "Up All Night". Ron also had 12 songs on NBC's Weather Channel as well as international radio airplay. While his last CD "Spirit" was officially released in March 2013, the record label pre-released two of his tracks in 2011 to NBC's Weather Channel for airing, "You're Always Around' and the title track "Spirit" aired for several months and still being played on radio stations across the world...

While still playing with several bands and recording new music, he has now found his home with the Turnstiles family, loving every minute of playing with his Brothers on stages across the US! 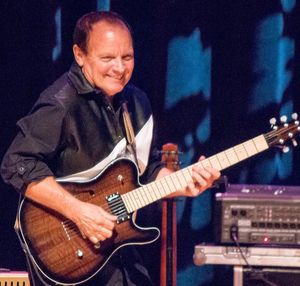 Dave was born and raised in Pittsburgh Pa. and began playing Guitar at the age of 8. Shortly thereafter, he began playing in neighborhood and local bands and eventually met up with Tony Monaco. At the age of 13, they joined forces playing in various local bands together which eventually spawned into their recording and touring band, “Thrills”. Thrills relocated to New York where they toured and played nonstop for over 10 years and recorded 5 albums on the G&P label which are now available on CD (through Rewind Records).

Following the breakup of Thrills, Dave and Tony continued to work together until they both relocated to South Florida in 1995. After their relocation, they did not work together for some 15 years. Needless to say, Dave was extremely excited when Tony asked him to be part of the Turnstiles project. Now, Dave and Tony are once again united and continuing a life- long musical journey, and the best is yet to come! 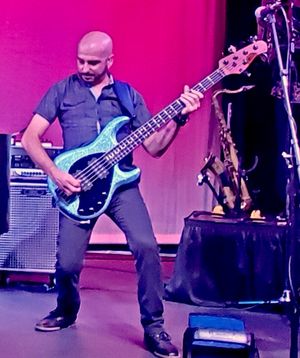 Mark hails from Boston area and shortly after relocating to Florida, he  quickly became a fixture in the South Florida music scene. Bitten by the music bug in his youth, (after watching his cousin’s band perform and much to his parent’s dismay) he soon picked up the drums himself! He switched to bass in high school and that’s been his main instrument ever since.

Mark has worked with a wide range of national touring bands and now, he brings his extensive experience to Turnstiles. He’s also a sound engineer with several major label credits to his name. When not performing with Turnstiles, Mark can also be seen around South Florida with various bands as a highly recommended sub.

“I was humbled and honored that Tony asked me to be a part of Turnstiles and jumped at the chance to be involved with such great musicians and even better people. I am excited about the future!" 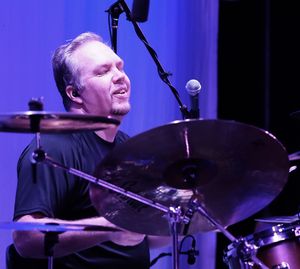 Since the age of 2, Jeff McDonald has had a passion for the drums, and or anything he could hit that would make sound. By the time he left high school, Jeff had studied with renowned teacher Joe Pulice, and had played with several drum and bugle corps, and marching bands including the Kilties, and Lighthouse Brigade.

Teaching for Horst’s music in Racine, WI. Jeff met Rex Merriweather, and soon became the drummer for R.E.X., an all-original horn band influenced by Chase, Tower of Power, and Chicago. This gave him the opportunity to open for artist such as Robert Cray, Chubby Checker, and several other artists. Soon after playing with Merriweather, Jeff got involved in the glam rock screen playing with Lyden Moon, and opening shows for Enuff-Znuff.

Shortly after moving to Florida in 1994, Jeff met members of the Truth, an industrial metal band influenced by Dream Theatre, Journey, and Deep Purple. Releasing “Believe” later that year, the Truth attracted the attention of Kansas band leader Steve Walsh, which led to an opening slot for the band. It was during this time that Jeff met Tony Monaco. They became instant friends, and have performed together in several bands over the past decade and a half. “It’s not very often that someone comes along in your life that influences you musically like Tony has for me. His drive and attention to every detail is what make playing music with him so rewarding.” Currently playing with Tony in Shakedown as well as having a genuine desire to be part of this project made Jeff the obvious choice for the slot in Turnstiles…….and the rest WILL be history! 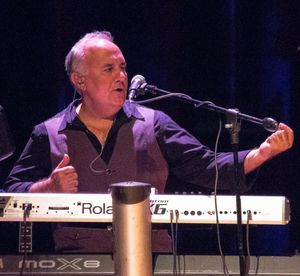 Soon after graduating Berklee College of Music in Boston , Greg earned himself a place as a mainstay in the South Florida Club scene and as a sought after session player in Central and South Florida. Besides anchoring local bands such as “Foolproof” and “Back in Time”, Greg has performed with rock legends such as Tommy Roe, The Shirelles, and The Chiffons. He has also performed in the pit orchestras for the stage productions of "Grease", “They're Playing Our Song”, "Over There", and "The Boyfriend". Recently, Greg has had the pleasure of opening for country stars such as Jake Owen and Craig Morgan. In addition, Greg has also completed an album of his own original material.

Now as the Keyboardist for Turnstiles, Greg provides the perfect compliment to Tony’s piano, providing the keyboard orchestrations and effects. He also provides acoustic guitar and backing vocals, adding just the right touch of ornaments to their sound. Helping to keep Tony's hands on the piano, Greg is an integral part of keeping Turnstiles faithful to Mr. Joel's original recordings. As Tony says "Greg is our "musical swiss army knife! Mr. Utility himself".